Paving the way for research at higher education institutions across the North West, the Integrated Center for Research and Innovation projects show the future in a variety of academic fields.

The IRIC at the University of Idaho is an academic building dedicated to research, located in the middle of campus. It opened in January 2017 and hosts projects that are studied by all UI colleges. The various projects include a Black History Research Lab, a research lab studying sentinel organisms by the Idaho Water Resources Research Institute, and the Polymorphic Games Studio. Although varied in subject matter, each of these projects contributes to innovation at UI.

Highlighting and chronicling the accomplishments of members of the black community at UI, the BHRL began at IRIC in the fall of 2021. Professor Sydney Freeman Jr., director of the lab, said the project is the first of its kind to UI. Although STEM research occupies an important place, the laboratory is one of IRIC’s first projects focused on the social sciences.

“It expands to study the ways in which the black population on campus can thrive and thrive on campus,” Freeman said.

One of the first projects created by BHRL is the UI Black History exhibit at the campus library. The exhibit opened on February 15 and showcased the history of the University’s Black Student Union and Black Pioneers. 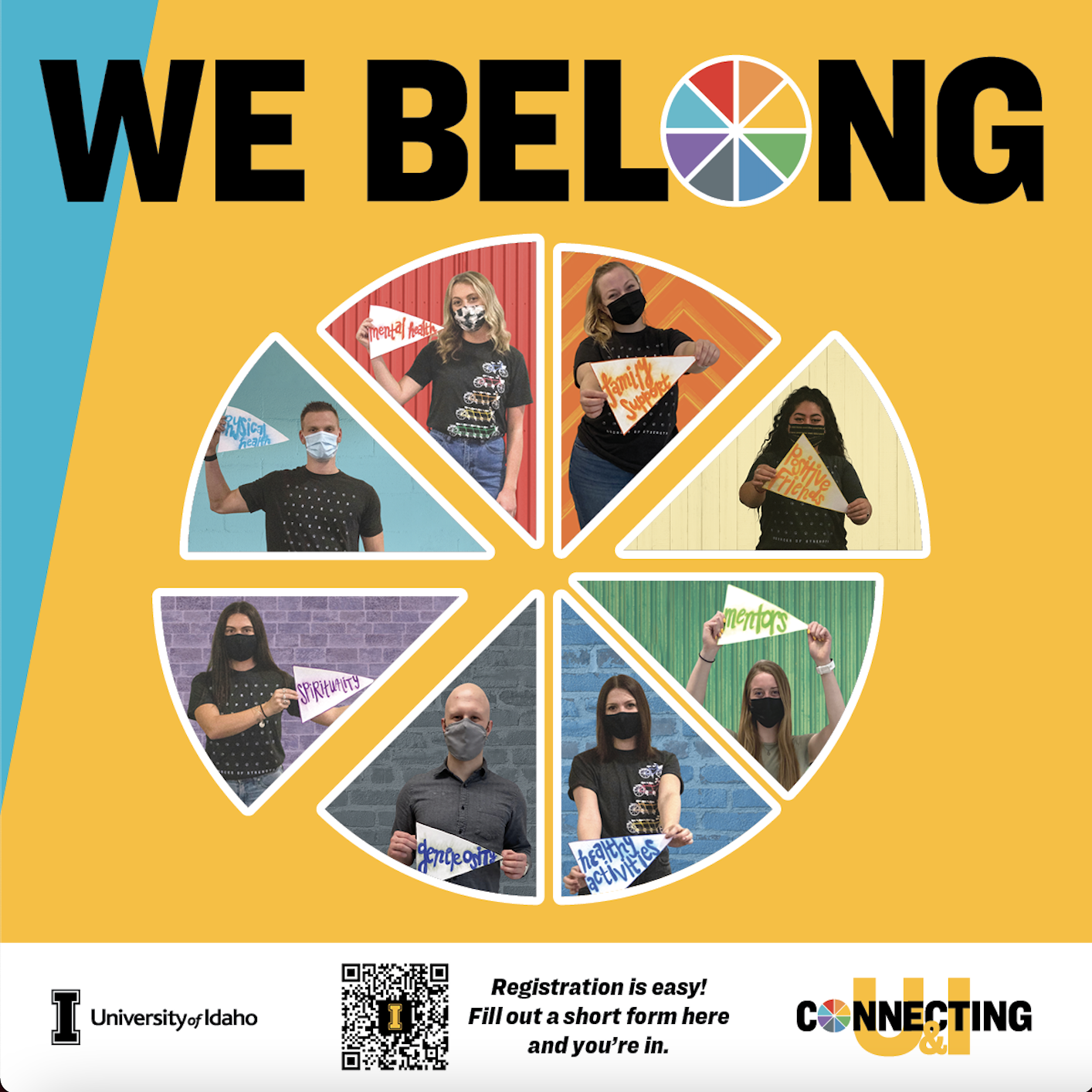 “I think there was an assumption that only 1% of the campus is black,” Freeman said. “So there’s not really a history here, but we’ve been able to extract material from 1899 up until now, starting with Jenny Eva Hughes being our first black graduate, so there’s a lot of stuff that we We learn as we go. What we hope is that we can develop and grow.

“We also want to talk about ways in which we can, right now, ensure that black faculty, students, and administrators can thrive on campus,” Freeman added.

“We’ve been able to put a mechanism in place so that when we get information, it spends a lot of time,” Freeman said. “He goes to the library for processing, then we bring our students. I think what we are particularly proud of is being able to bring in student interns and having access to data and information. This partnership with the library was therefore essential.

Freeman hopes the lab will continue to be a fixture on campus with its unique thematic area.

“I think it’s important that we have more non-STEM related humanities and social sciences projects at IRIC,” said Freeman. “I think that’s the next frontier.”

Located on the second floor of IRIC, the Idaho Water Resources Research Institute is set up for water source professionals and faculty members involved with the Institute to learn from. more on water resource issues. Alan Kolok, director of the institute, said having a shared research space at IRIC has been invaluable.

Work for IWRRI is seasonal, depending on whether the water is frozen or not. Kolok said the search is particularly active during the summer months. One of the projects studied by the institute is water quality.

“We both have water quality testing capability,” Kolok said. “We have analytical equipment there that would allow us to measure things like nutrients, like nitrates and phosphates. Then, we also have the ability to work on sentinel organisms.

Sentinel organisms are mainly fish and wild animals which are used as indicators of contamination. Kolok said the current sentinel the institute is focusing on is crayfish.

The project received funding from the United States Environmental Protection Agency to eventually add crayfish to the list of sentinel species.

“They (EPA) use different organisms for a number of reasons that are not as good as crayfish,” Kolok said. “We wanted to add crawfish to the list.”

Kolok said another reason to research crayfish is their charisma and how they engage communities with their involvement.

“We had a number of citizen groups that got involved,” Kolok said. “We’ve had a lot of community involvement and that’s another thing about IRIC is that we’re really interested in not only giving us the lab, but giving us a place where we can do work, which actually involves either directly or definitely affects community members across Idaho.

Inspired by the fun of video games and their field of study, Terry Soule and Barrie Robison created the Polymorphic Games Studio. Both professors at UI, Soule’s field of computer science and Robison’s emphasis on evolutionary biology became the basis for games that incorporate evolution, stationed on the first floor of IRIC.

During the summer of 2016, before the opening of IRIC, the duo hired students to work on video games. The studio’s first game, Darwin’s Demons, was released in February 2017.

The studio hires a wide range of students, who are not limited to computer science or biology.

Project Hastur is another game created by the studio. The program uses Steam as the platform for the content to play.

“The main reason we want to release games on Steam is to reach a large audience,” Soule said. “Additionally, it ensures that the bar is set high in terms of quality and that students, usually undergraduates who work there when applying for a job, can say that they have worked on a commercial game.”

The studio is currently working on a zombie simulation game. “It’s a model of disease spread, but from a zombie perspective,” Soule said. “So they put together this model, where you can kind of see how zombies, which really means how a disease, would spread across the United States. You can change different parameters. For example, what is the likelihood of you encountering someone who is infected? If you encounter some of these infected, what is the likelihood that you will catch it? What is the incubation period and so on?”

Soule said one of the studio’s main goals is to support research projects with an educational component. Students come between classes to fit the work into their schedule.

“From my perspective, that’s part of what makes the studio so fun is that we get to interact with all kinds of different people doing different research,” Soule said.

Sierra Pesnell can be reached at [email protected]

TTTech’s commitment to carefully selected research projects denotes the foundation for sustainably delivering advanced technology to our customers in TTTech’s innovative product portfolio. Our research focuses on time-triggered, determinism, and real-time performance protocols for communicating and controlling safety-relevant data in mixed-criticality applications. Our goal is to seamlessly integrate and combine these measurements with existing communication […]

AMES, Iowa – The Iowa Soybean Research Center recently awarded funding to four soybean research projects at Iowa State University, the largest level of funding invested in a single year by ISRC since its creation in 2014. The centre’s industry advisory board met in September to review several research ideas and offer advice on how […]

As part of its aim to encourage and support students in the field of scientific research, the University of Ajman (AU) organized the 5th Annual AU Student Research Day Online on June 8 2022 in the presence of Dr Karim Seghir, Chancellor of the AU; Dr. Abdulhaq Al-Nuaimi, Vice Chancellor for Communications and Community Affairs; […]